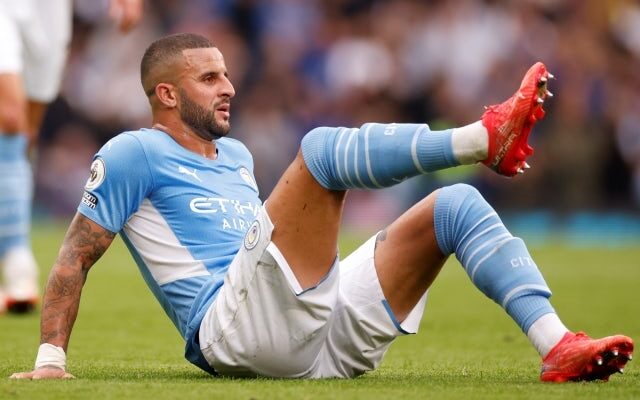 The 31-year-old was substituted in the final 10 minutes of City’s 4-1 victory against Club Brugge in the Champions League on Wednesday night, after picking up a foot injury.

Guardiola has since revealed that a late decision will be made to see if the right-back can feature for this weekend’s lunchtime kickoff.

The potential absence of Walker would likely see Joao Cancelo switch over to right-back, while Oleksandr Zinchenko could be handed his first Premier League start of the season at left-back.

Guardiola’s only other injury concern is with forward Ferran Torres, who is out until the new year with a broken foot, while centre-back Aymeric Laporte is suspended following his red card against Crystal Palace.