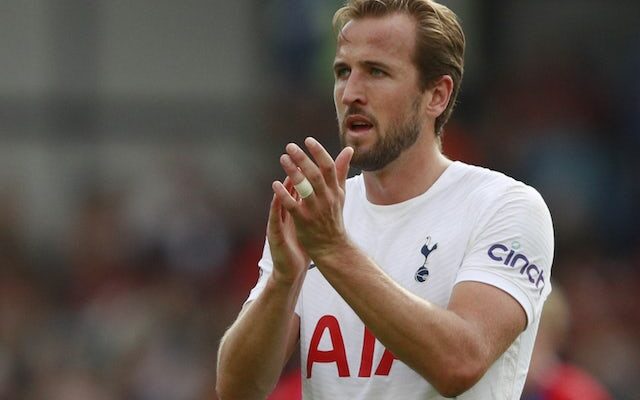 Manchester City are preparing to table a new bid for Tottenham Hotspur talisman Harry Kane in January, according to a report.

The 28-year-old was keen to leave the Lilywhites over the summer but was denied his dream move to the Premier League champions after chairman Daniel Levy refused to sell the striker, who has a contract which runs until June 2024.

One previous report has suggested that Kane could now ‘abandon’ his efforts to force an exit from the Tottenham Hotspur Stadium, following the arrival of head coach Antonio Conte.

However, ESPN reports that Conte may face an uphill battle in keeping hold of the England captain, as the Citizens are still determined to sign the striker in one of the upcoming transfer windows.

The report adds that Tottenham still value Kane in excess of £150m, a fee City are not prepared to meet, however, as Spurs are suffering financially during the coronavirus pandemic, a ‘huge offer’ close to this figure could persuade them to cash in.

Pep Guardiola‘s side are also keeping tabs on Borussia Dortmund star Erling Braut Haaland, though they still view Kane as their number one target.

Kane has struggled for form throughout this season, particularly in the Premier League, where he has scored only once in 10 league appearances.