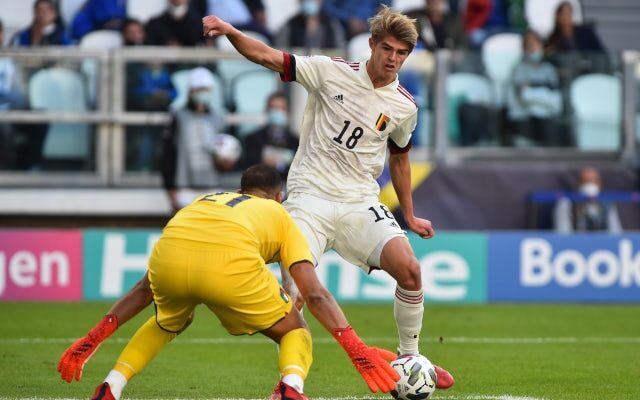 Manchester City are reportedly keeping tabs on Club Brugge starlet Charles De Ketelaere, ahead of a proposed move for the attacker in one of the upcoming transfer windows.

The 20-year-old is one of the brightest prospects in Belgium and is believed to be attracting interest from several elite clubs across Europe.

According to Voetbal24, via Euro Football Rumours, Man City have a strong interest in signing De Ketelaere, who impressed for Brugge in both encounters against the Citizens in this season’s Champions League.

The report adds that Kevin De Bruyne is an admirer of his compatriot – who has two senior caps for the Belgium national team – and he has recommended the youngster to Pep Guardiola.

Tottenham Hotspur and AC Milan are prepared to rival the Premier League champions for De Ketelaere, who has just over two-and-a-half years remaining on his contract with the Belgian Pro League outfit.

De Ketelaere – an attacking midfielder who can also lead the line up front – has made 19 appearances across all competitions for Brugge this season, scoring five goals and providing four assists.