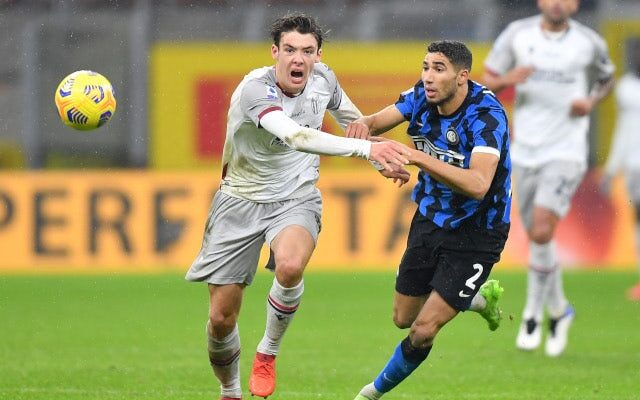 Pep Guardiola has numerous options for the left-back position with Joao Cancelo, Oleksandr Zinchenko and Nathan Ake all capable of occupying that role.

However, with Benjamin Mendy‘s future at the Etihad Stadium in significant doubt, the Spaniard may be prepared to enter the market for a fresh face.

According to Calciomercato, the Premier League leaders are considering whether to make a bid for Hickey during one of the upcoming windows.

The 19-year-old Scottish player is enjoying a productive campaign in Serie A, contributing four goals from 19 appearances in Italy’s top flight.

Hickey still has two-and-a-half years remaining on his contract, leaving Bologna in a relatively strong position, but there is an inevitably about an eventual transfer to a bigger club.