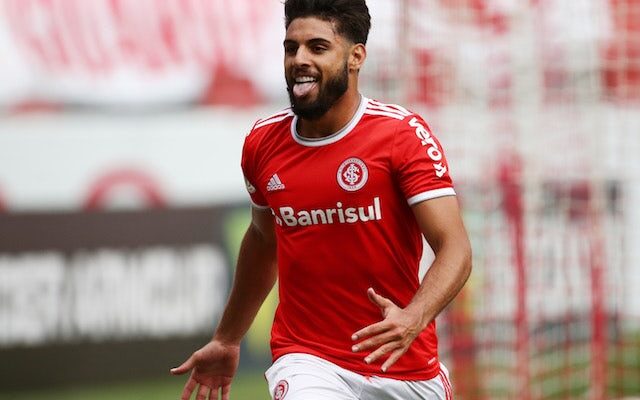 Internacional striker Yuri Alberto – who has been linked with the likes of Arsenal and Manchester City – is ‘dreaming’ of playing in Europe one day.

The 20-year-old has been in prolific form for the Brazilian outfit this term, netting 18 goals and setting up four more in 49 appearances across all competitions.

Alberto’s form has earned him links with Arsenal, Man City and Everton, and the youngster has revealed that he harbours aspirations of making a name for himself in Europe.

Speaking to Globo Esporte, Alberto said: “Every player dreams of one day playing in Europe, in a big league. Inter are a giant club, but playing the Champions League is a dream. I want to keep giving my all, working hard, without going over the top of anyone.

“I think everything has the right time. I’m very happy at Inter. I loved this club, the way the fans welcomed me. Everything has been wonderful, but I do dream of going to Europe.”

Alberto – who has been capped by Brazil at Under-23 level – is under contract at Internacional until the summer of 2025.