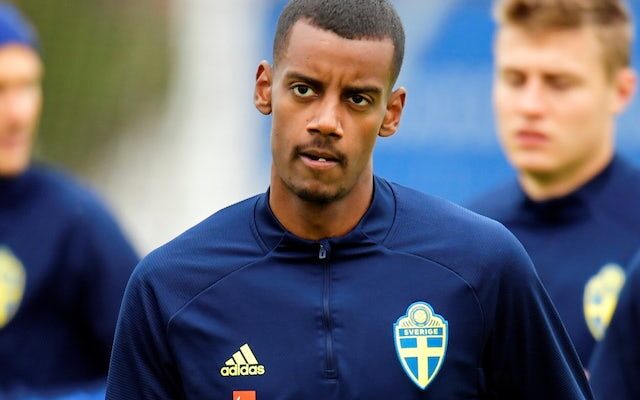 Real Sociedad forward Alexander Isak has revealed that he has a desire to play in the Premier League.

The Sweden international signed a new deal with Real Sociedad over the summer and is now contracted to his La Liga club until June 2026.

However, there remains a host of speculation surrounding the 22-year-old, with Manchester City, Manchester United, Chelsea and Arsenal all believed to be interested in his services.

Isak has said that he is “very happy” with the White and Blues but has opened the door to a future move to the Premier League, with the attacker determined to play at “a very high level”.

“I’m in a good place at the moment, I’m very happy, but one day it would be nice to play in England as well,” Isak told The Independent.

“They have six or seven of the biggest clubs in the world, it’s a very high level, and of course one day it would be an alternative.

“Every player wants to be the best version of themselves and reach the highest possible level. I have expectations for myself that I’m trying to fulfil, so we’ll see where the journey takes me in future.”

Isak has been in strong form for Real Sociedad during the 2021-22 campaign, scoring five times and registering one assist in 11 appearances in all competitions.

In total, the Swede has struck 38 times in 100 outings for his Basque club, while he has also netted in his last two appearances for his country against Kosovo and Greece.