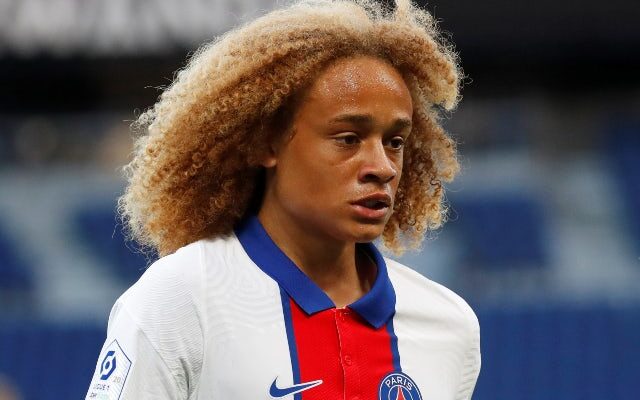 The 18-year-old sees his deal with Les Parisiens expire next summer and is rumoured to be ‘seriously considering’ an exit from the club as a free agent.

Simons’s agent Mino Raiola reportedly wants to be assured that the teenager will be handed opportunities in the first-team next season, otherwise he will seek out a new club for his client.

According to Fichajes, Pep Guardiola is ‘in love’ with the Dutch youngster’s style of play, and the Premier League champions are preparing an offer for 2022.

The report adds that City are counting on Simons running down his deal at the Parc des Princes before making an approach next summer, but they will have to rival Barcelona for the signature of the former La Masia starlet.

Simons has made two appearances for PSG’s first team since joining in 2019 and boasts two goals and four assists from four appearances in the UEFA Youth League this season.