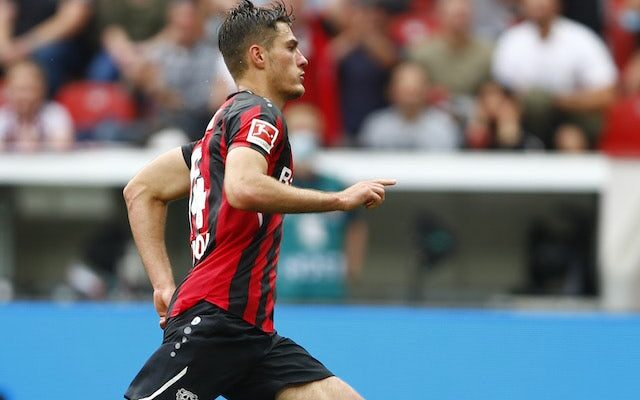 Manchester City, Arsenal and Tottenham Hotspur are reportedly all keeping a close eye on the performances of Bayer Leverkusen‘s Patrik Schick.

The 25-year-old has been in impressive form at club level during the 2021-22 campaign, scoring 16 times in 14 Bundesliga appearances.

Schick also starred for the Czech Republic at Euro 2020, finding the back of the net on five occasions in four appearances during a strong tournament.

According to 90min, Man City, Arsenal and Tottenham have all watched the forward in action during the 2021-22 season.

The report claims that West Ham United and Everton are also monitoring developments, with Leverkusen facing a battle to keep hold of the forward.

Schick, who still has more than three years left to run on his contract with Leverkusen, is thought to be valued by his German outfit in excess of £50m.