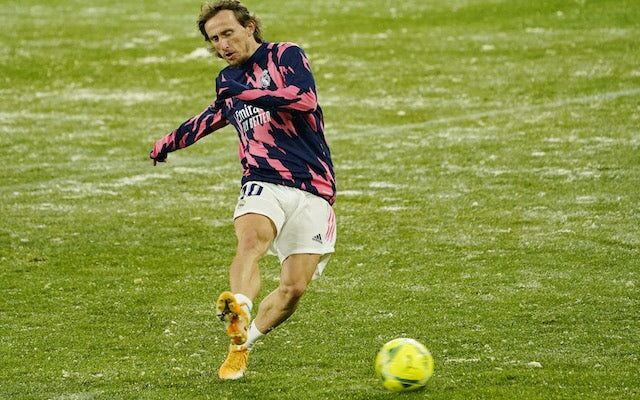 Real Madrid have reportedly made progress in their efforts to tie down Luka Modric to a longer contract.

With the Croatia international having turned 36 years of age in September, it was assumed that Los Blancos may part ways with the veteran at the end of the season.

However, Modric remains a key part of the squad at the Bernabeu, making a total of 10 starts and one substitute outing in La Liga and the Champions League this campaign.

According to Marca, club officials are now willing to hand Modric an extended deal, lasting until the summer of 2023.

The report suggests that there are only a few formalities remaining before Real are in a position to make an official announcement.

Modric has made a total of 402 appearances in all competitions since leaving Tottenham Hotspur for Real in 2012.