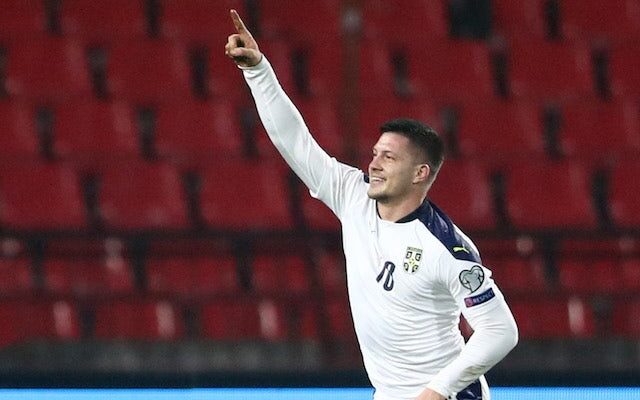 Real Madrid centre-forward Luka Jovic is allegedly determined to force a move away from the Bernabeu during the January transfer window.

The 23-year-old has only managed two goals in 39 appearances for Los Blancos since arriving at the club from Eintracht Frankfurt in July 2019.

Jovic has featured on seven occasions in all competitions this season but has only played for a total of 95 minutes, and he was left on the bench for last weekend’s La Liga clash against Elche despite the fact that Karim Benzema was unavailable for the contest through injury.

A number of clubs, including Arsenal and Liverpool, have been credited with an interest in the Serbia international, and according to Defensa Central, the striker is ‘seriously considering’ his future.

The report claims that Jovic is planning to push for a January exit, and he would be open to leaving the club on a permanent basis if the right opportunity arrived.

The forward, who still has four years left to run on his contract at the Bernabeu, spent the second half of last season on loan at former club Frankfurt.