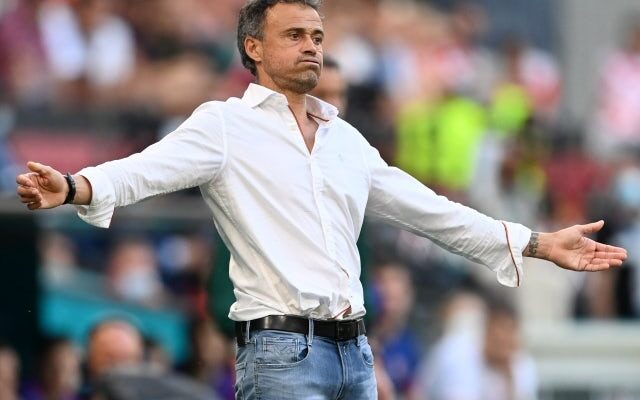 La Roja were held to a 1-1 draw when the two teams locked horns in the reverse match back in March, but the 2010 world champions have since won four of their five games in the group.

Spain are currently second in Group B, two points behind leaders Sweden, with the two teams preparing to meet in their final fixture in the section on Sunday.

However, Enrique has warned his team that they must be at their best against “a very well-organised” Greece in order to pick up a positive result.

“Greece have changed their system from what they used in the first game. They started with 4-5-1 but they’ve since improved. I expect Greece to be motivated by playing in their own stadium with their own people,” Enrique told reporters.

“They’re a very good defensive team and they’ll be tough for us with the ball and without it. If we don’t press them properly, they know how to use the ball.

[Greece] are a very well-organised team. In the first leg we generated few chances, less than we would have liked. They played well and that’s why we have to press them. We have the resources the break down the defensive situations they establish. It’s going to be a game where we pin the rival back in their half.”

Spain suffered a 2-1 loss to Sweden at the start of September before responding with back-to-back victories over Georgia and Kosovo, scoring six times and conceding zero in the process.