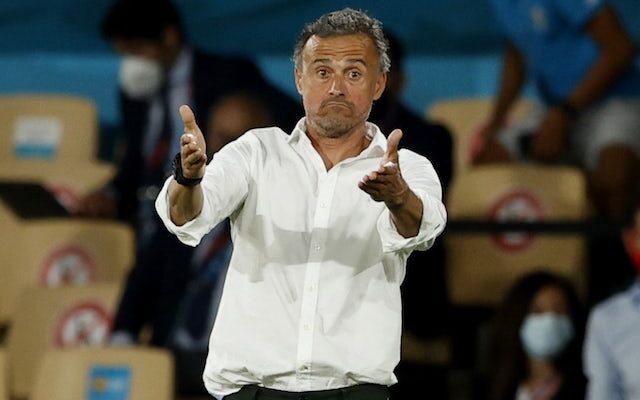 Spain boss Luis Enrique has insisted that he can deal with the pressure of leading his country into a key World Cup 2022 qualification fixture against Greece on Thursday night.

La Roja are currently second in Group B, two points behind leaders Sweden, with the two teams preparing to lock horns on Sunday for a potential section decider.

Enrique has said that his side cannot afford to look past Thursday’s game with Greece, though, and the 51-year-old claimed that he was “born with pressure” when asked about how he would handle the upcoming games.

“There’s only one game, Greece. We’re not going to make the mistake of thinking about Sweden. We’re going to think of Greece and nothing else,” Enrique told reporters.

“Luis Enrique was born with pressure. I’ve been living with pressure since I was 18 years old and I feel comfortable. Progress is being made and we’re finding our rhythm. After seeing how the team trains, I can only convey the confidence they’ve given me.”

Spain have disappointed in the World Cup finals since winning the 2010 competition, exiting the 2014 edition in the group stage before being eliminated in the round of 16 in 2018.