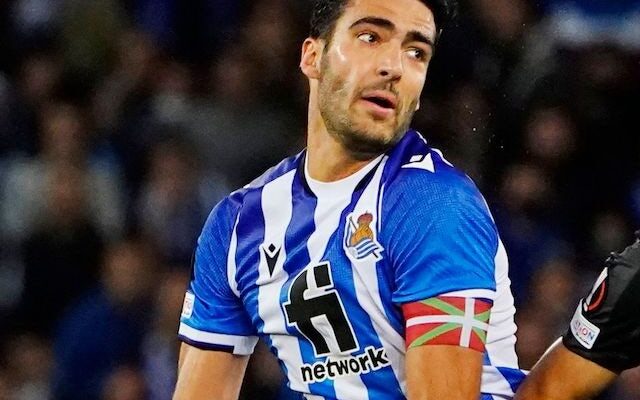 Liverpool are reportedly considering a move for Real Sociedad‘s Mikel Merino next summer.

The Reds are expected to bring at least one central midfielder to the club in 2022, having failed to replace Georginio Wijnaldum during the summer transfer window.

Borussia Dortmund‘s Jude Bellingham has been strongly linked with a move to Anfield, but BVB have continued to insist that the England international is not for sale.

As a result, Liverpool are now exploring alternative options, and according to Fichajes, the Merseyside giants are preparing to ‘reactivate’ their interest in Merino.

The report claims that Reds boss Jurgen Klopp views the Spain international as the ideal player to fit into his team’s midfield due to his energy, versatility and ‘dominant physique’.

Liverpool are allegedly prepared to make a ‘significant investment’ to tempt Real Sociedad into letting the 25-year-old leave during next summer’s transfer window.

Merino, who has scored twice and provided two assists in 16 appearances at club level this term, previously played in the Premier League for Newcastle United between 2017 and 2018.