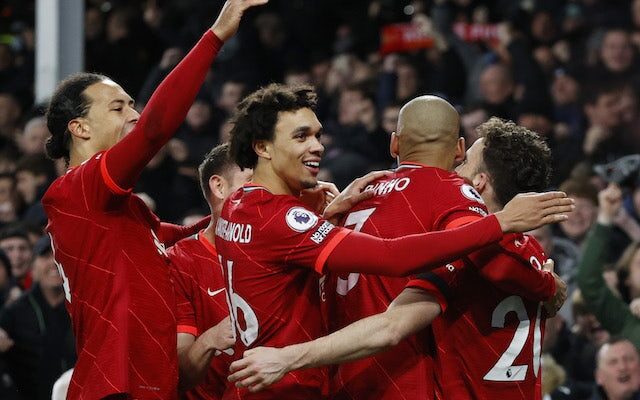 Liverpool will be aiming to write another chapter in the English football history books when they take on AC Milan in Tuesday’s Champions League battle.

The Reds have dominated proceedings in Group B with Milan, Atletico Madrid and Porto and secured their place in the knockout rounds with two games to spare.

A 2-0 win over Porto on the penultimate matchday marked Liverpool’s fifth win from five in the 2021-22 group stage – only Ajax and Bayern Munich can also boast a perfect 15-point haul.

Should Jurgen Klopp‘s men prevail at San Siro this week, they will become the first English team in history to win all of their Champions League group-stage games in a single season.

The Reds are also aiming to win six games on the bounce in Europe’s elite competition for the first time in their history, with their hosts embroiled in a three-way battle for second place.

Klopp has affirmed that changes will be made for the meeting with Milan, as Tyler Morton, Divock Origi and Kostas Tsimikas prepare for possible starts on a potentially record-breaking night.