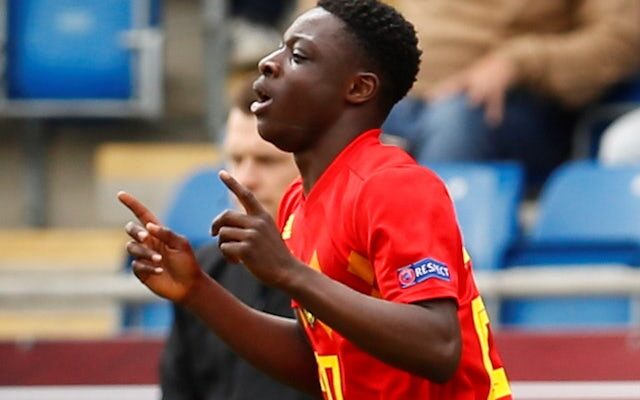 Liverpool have been handed a boost in their pursuit of Rennes attacker Jeremy Doku following a recent transfer admission made by the player’s father.

The 19-year-old has struggled with injuries this season but made an impact for Les Rouge et Noir last term with two goals and three assists in 30 Ligue 1 games.

Doku has been mentioned as a possible successor for Mohamed Salah at Liverpool should the Egyptian refuse to pen fresh terms, while Barcelona have also been credited with an interest.

Doku’s father does not expect the Blaugrana to become serious contenders for his son’s signature, though, telling Het Laaste Nieuws: “We haven’t had any news (from Barca) and I don’t think they are able to spend large sums of money right now.

“There are other clubs that appreciate Jeremy, even if I can’t say anything about it. I don’t think he wants to change (clubs) yet but, in football, everything can change quickly. It depends on which team is interested.”

The Belgium international has played just four games in all competitions this season due to injury and is not due to become a free agent until 2025.