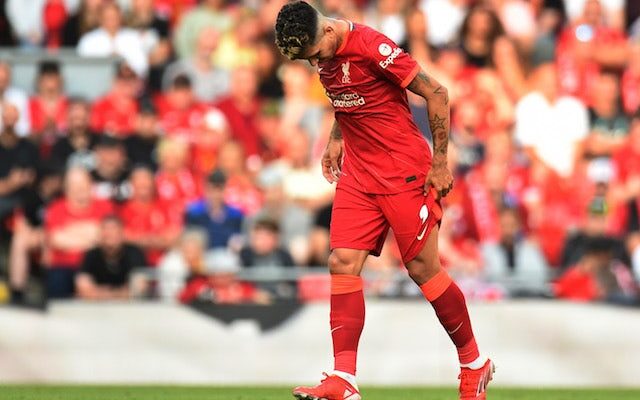 Liverpool were dealt a blow on Wednesday night as Roberto Firmino was forced off against Atletico Madrid with a hamstring injury.

Goals from Diogo Jota and Sadio Mane earned Liverpool a 2-0 victory over the Spaniards, booking the club’s place in the Champions League last 16.

However, the evening ended on a sour note for Jurgen Klopp after he was required to substitute Firmino just 30 minutes after his introduction.

Speaking after the game at Anfield, Klopp confirmed that the Brazil international had been withdrawn with a hamstring problem, his second such issue this season.

The 30-year-old was sidelined for four weeks after sustaining a similar injury against Chelsea before the September international break.

While Firmino will be assessed over the coming days, it appears unlikely that he will be risked against West Ham United on Sunday.