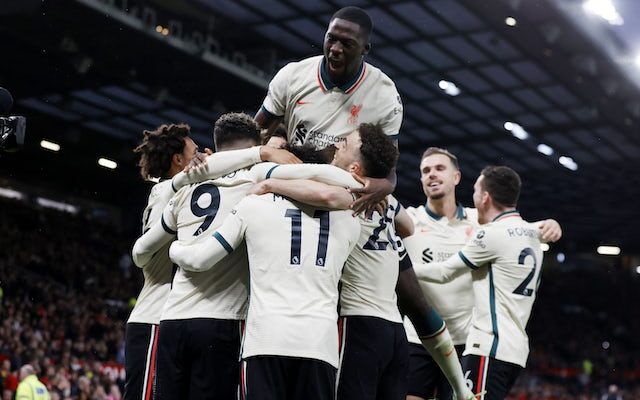 Liverpool will be out to equal a 128-year-old English football record when they face West Ham United in Sunday’s Premier League battle.

The Reds have been simply unplayable away from home in the top flight this term and have already banked 19 goals from their five league games on rival territory so far.

Jurgen Klopp‘s side have now found the back of the net at least twice in their last eight Premier League matches away from home, while they have chalked up at least three in each of their last six.

Should Liverpool bank three goals or more at the London Stadium, it will mark the first time in 128 years that an English side has scored that amount of goals seven games in a row on rival turf.

The only team to currently hold that accolade is Birmingham City – whose hot streak stretched from November 1892 to September 1893 – although that was achieved in the second tier.