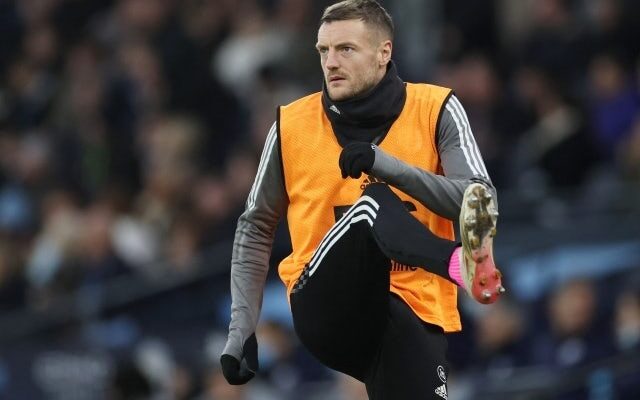 Leicester City striker Jamie Vardy could be set for a longer absence than was first expected, according to a report.

The 34-year-old picked up a hamstring injury during the Foxes 1-0 win over Liverpool on December 28, but he opted to stay on the pitch and finish the game as they had used all their substitutes.

Since then, the former England international has not missed a single game due to COVID-19 postponements, but he will not be involved in the upcoming FA Cup tie against Watford.

According to the Daily Mail, Vardy could now be set for a longer period on the sidelines than was first thought, as the club do not want to rush him back and risk further issues.

Brendan Rodgers had initially claimed that he would be missing for three to four weeks, but it now appears that the Foxes talisman could be be unavailable for longer.

This leaves Leicester without a single striker for their match this weekend, with Patson Daka also out of action due to a hamstring injury, while Kelechi Iheanacho is participating in the Africa Cup Of Nations.