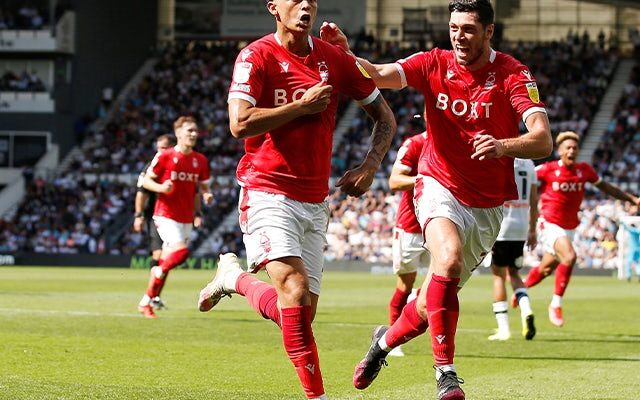 Leeds United are keeping tabs on Nottingham Forest‘s highly-rated winger Brennan Johnson, according to a report.

The 20-year-old has become a regular for the Championship outfit this campaign, scoring three goals and providing three assists in 17 league appearances, 16 of which have been starts.

According to Football Insider, the recruitment team at Leeds have been monitoring Johnson’s progress for some time and have suggested to the club’s hierarchy that they should make an enquiry for the winger in January.

The report adds that Leeds scouts went to watch Johnson play for Forest in their Championship encounter away against Queens Park Rangers last month, in which the youngster played the full 90 minutes.

Johnson – who has also been linked with Everton – enjoyed an impressive spell on loan with League One side Lincoln City last season, registering 10 goals and 12 assists in 40 league appearances and helped the Imps to reach the playoffs.

The winger has also caught the eye at international level, featuring five times for Wales since making his senior debut in November 2020, and has recently been called up to Rob Page‘s 28-man squad ahead of this month’s World Cup qualifiers.