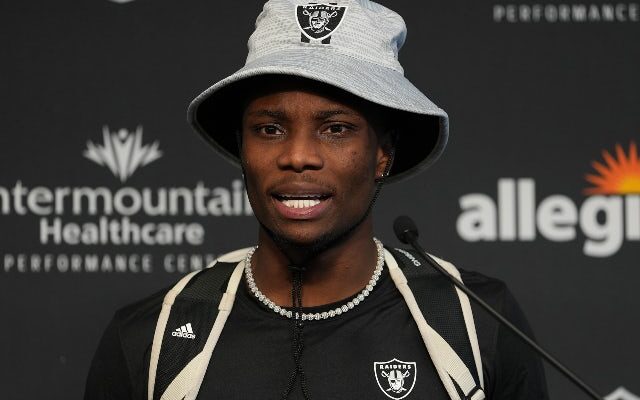 Las Vegas Raiders wide receiver Henry Ruggs III is to be charged with DUI resulting in death following an accident in Vegas, police have confirmed.

The 22-year-old reportedly slammed his Chevrolet Corvette into the rear of a Toyota Rav4 in the early hours of Tuesday morning, leading to the death of a woman.

A statement from the Las Vegas Metropolitan Police Department read: “Responding officers located the Toyota on fire. Fire department personnel responded and located a deceased victim inside the Toyota. The preliminary investigation indicates the front of the Chevrolet collided with the rear of the Toyota.

“The driver of the Chevrolet, identified as 22-year-old Henry Rugs (sic) III, remained on scene and showed signs of impairment. He was transported to UMC hospital to be treated for non-life-threatening injuries. Ruggs will be charged with DUI resulting in death. This is an on-going investigation.”

The Raiders subsequently released their own statement on social media, saying: “The Raiders are aware of an accident involving Henry Ruggs III that occurred this morning in Las Vegas.

“We are devastated by the loss of life and our thoughts and prayers go out to the victim’s family. We are in the process of gathering information and will have no further comment at this time.”

Ruggs – who has since been released by the Raiders – could face between two and 20 years in prison if convicted.