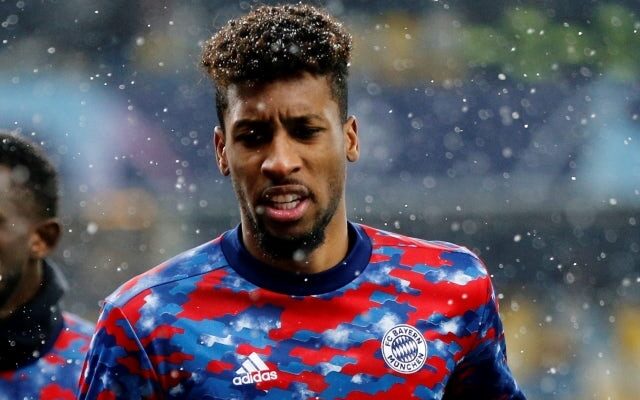 Kingsley Coman has put pen to paper on a new contract extension at Bayern Munich, with the attacker’s deal now due to run until June 2027.

The France international’s future has been the subject of much speculation in recent months, with a number of clubs, including Manchester United, Chelsea and Liverpool, said to be keeping an eye on his situation.

However, Coman has now ended the talk surrounding a potential exit by signing a four-year contract extension, which will run until the end of the 2026-27 campaign.

“I’m very happy because FC Bayern are one of the best clubs in the world and I know we still have a lot of opportunities and big goals here. I’ve been at the club since 2015 – it feels like a big family,” Coman told the club’s official website.

“Everything is perfect here. My best years as a footballer are still ahead of me, and I’m glad I’ll be spending them at FC Bayern. My biggest goal is to win the Champions League again – and this time, please, together with our fans.”

Meanwhile, Bayern CEO Oliver Kahn said: “Players with Kingsley Coman’s ability are wanted by clubs all around the world. This contract extension is another example of how attractive our club is at the highest level internationally.

“Kingsley is fully committed to FC Bayern, he’s found his footballing home here. World-class players consider very carefully where they sign their contracts these days. We’re pleased that Kingsley has extended with us long-term: when he’s on the ball, the fans get excited. People come to the stadium to see such players.”

The 25-year-old has scored five times and registered two assists in 17 appearances for the Bundesliga champions during the 2021-22 campaign.