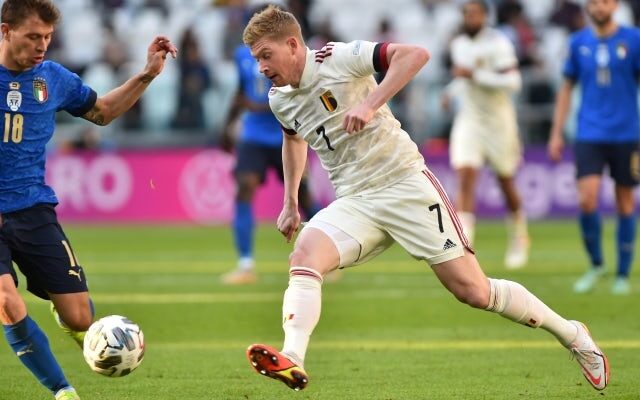 The Belgium international has largely struggled to make a consistent impact this term, chalking up three goals and one assist from 12 games in all tournaments.

Furthermore, De Bruyne only lasted 59 minutes of Saturday’s 2-0 home defeat to Crystal Palace, and his form could supposedly lead Pep Guardiola to make a huge selection call for next weekend.

According to The Sun, De Bruyne is ‘sweating’ over his spot in Guardiola’s first XI for the derby amid his underwhelming form in the 2021-22 season.

The 30-year-old’s cause has not been helped by a number of injury problems, but Guardiola has Ilkay Gundogan banging on the door ahead of the trip to Old Trafford next weekend.

De Bruyne has started every game for City in the Champions League so far this season, though, with the Citizens now preparing to welcome Club Brugge to the Etihad on Wednesday.