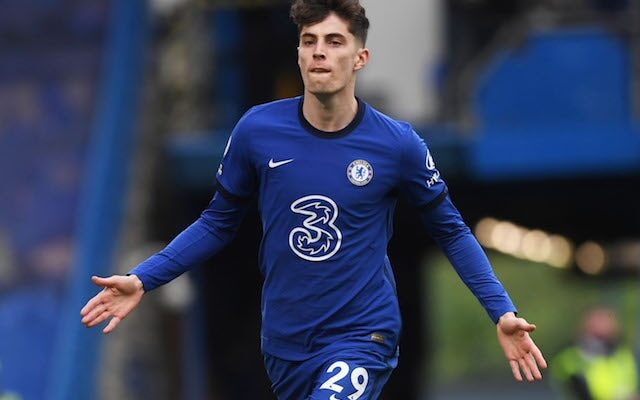 Head coach Thomas Tuchel has revealed that Kai Havertz is an injury doubt ahead of Chelsea‘s Champions League fixture with Juventus.

The forward played 62 minutes of Chelsea’s 3-0 victory at Leicester City on Saturday afternoon before being replaced by Christian Pulisic.

While the switch appeared to be a planned opportunity for the American, Tuchel said on Monday that Havertz was struggling with a hamstring issue.

Speaking at a press conference, Tuchel told reporters: “We had to take Kai off with hamstring problems. He felt a bit of tension in his hamstrings.

“We have some doubts with him, we need to check with him and see if he can train without any problems.”

Tuchel also revealed that Romelu Lukaku may be fit enough to take a place on the substitutes’ bench.