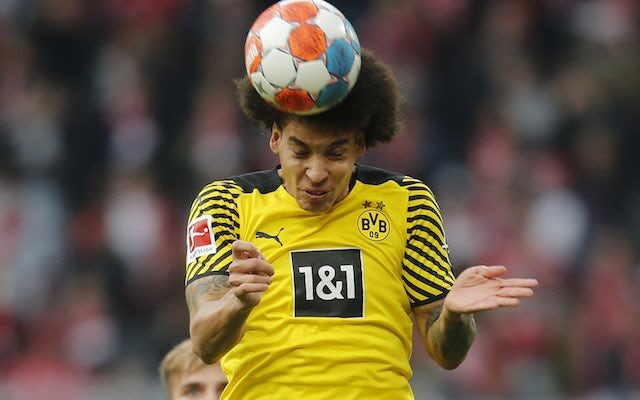 The 32-year-old’s contract is due to expire at the end of this season, meaning that he would be available on a free transfer if he does not agree fresh terms.

Dortmund are understood to still be considering whether or not to offer Witsel a new deal, but could consider cashing in on him in January to avoid losing him for nothing next summer.

The German outfit are looking to free up some room in their wage budget and have identified offloading the Belgium international, who is one of their highest earners, as a possible way to do that.

However, injuries to fellow defensive midfielders Emre Can and Mahmoud Dahoud could raise the possibility of them keeping Witsel until at least the end of the campaign.

Bild reports that Juventus are considering a January bid for Witsel should Dortmund decide to sell, having also held an interest in signing him during the summer.

Juve are thought to be willing to wait until the summer to bring him in for free if necessary, but manager Massimiliano Allegri is pushing for a January swoop due to his side’s struggles so far this term.

Witsel has started eight of Dortmund’s 10 Bundesliga outings so far this season.