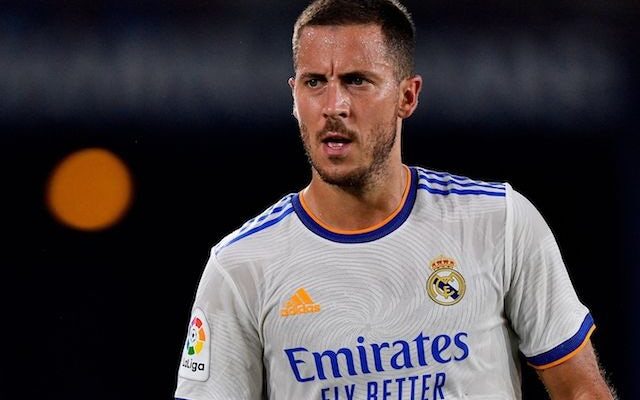 Juventus have reportedly emerged as the favourites to sign Eden Hazard, with the Old Lady keen to take the Real Madrid attacker on loan at the start of 2022.

The 30-year-old has only managed five goals and nine assists in 53 appearances for Los Blancos since arriving at the Bernabeu from Chelsea ahead of the 2019-20 campaign.

Hazard has provided one assist and zero goals in 10 outings this term, meanwhile, and he is down the pecking order for the forward spots in Carlo Ancelotti‘s first XI.

A recent report claimed that Manchester United and Bayern Munich are among four clubs to have rejected the chance to sign the Belgium international in January.

However, Liverpool boss Jurgen Klopp is said to be open to the idea of bringing the former Lille youngster back to the Premier League.

According to El Nacional, Juventus are also firmly in the picture, with the Italian giants eyeing a loan deal for the experienced attacker.

The report claims that Hazard would be open to making the move to Italy, as he attempts to reignite his career after a difficult spell, which has included a number of injuries.

Hazard has only started four league matches for Real Madrid during the 2021-22 campaign.