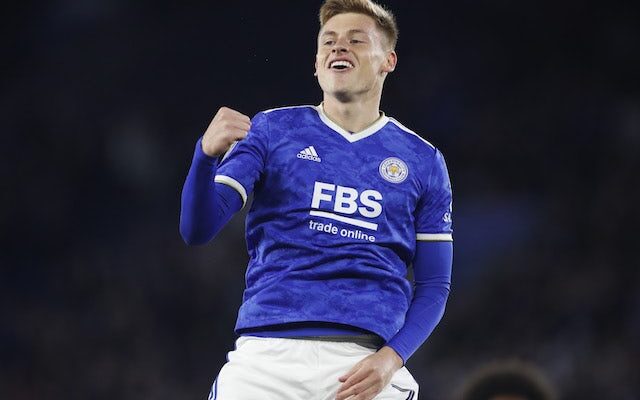 The 23-year-old has again been an important player for the Foxes during the 2021-22 campaign, making 12 appearances in all competitions, contributing two goals and two assists in the process.

Barnes only signed a new contract at the King Power Stadium in August, with his current deal due to run until June 2025.

However, according to Fichajes, Liverpool will make an attempt to bring the England international to Anfield ahead of the 2022-23 season.

The report claims that Reds boss Klopp views Barnes as the perfect player to complement the likes of Sadio Mane, Roberto Firmino, Diogo Jota and Mohamed Salah in the final third of the field.

The attacker, who came through the youth system at Leicester, has scored 23 goals and registered 17 assists in 111 appearances for the Foxes since debuting in 2016.