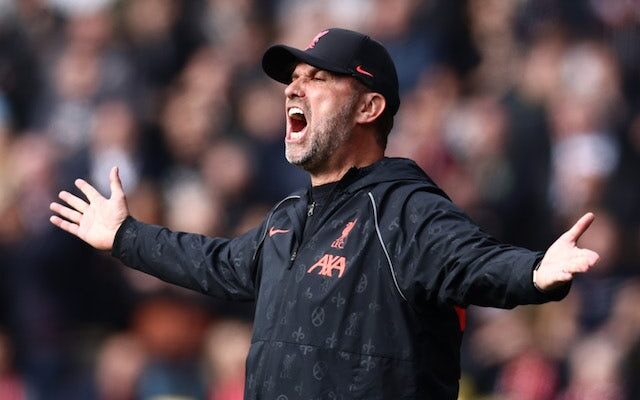 Jurgen Klopp has revealed why he is no longer wearing his trademark glasses this season when he appears on the touchline for Liverpool.

The glasses had become an iconic part of Klopp’s appearance during his time in the Premier League, but since the start of the season, the German has stopped wearing them.

It has raised plenty of speculation online from fans who have all wondered why he is no longer using them, but during his recent press conference, Klopp put the issue to bed.

“It is really strange I have to say. I am fine, I don’t need them. Maybe I could use them for specific situations and maybe I will. I do not know. But it’s still strange,” he stated.

Klopp confirmed that he has had a ‘lens implants’ surgery and not a laser eye surgery, and that is the reason why he is no longer using the glasses.