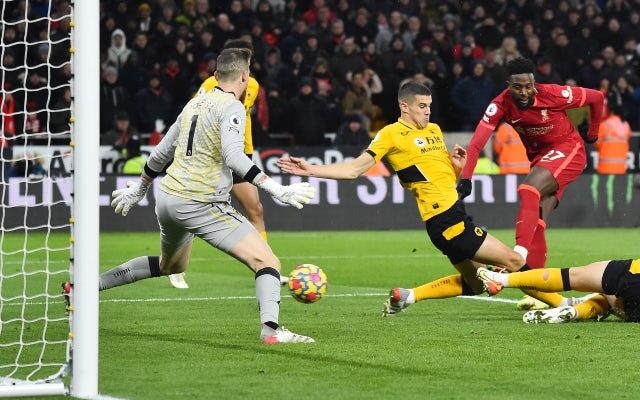 Liverpool manager Jurgen Klopp has joked that he will write a book about Reds “legend” Divock Origi.

The Belgian’s latest in a long line of heroic Liverpool goals came in Saturday’s clash with Wolverhampton Wanderers, as he came off the bench to score the winner in the 94th minute of the contest.

Liverpool were frustrated for nearly the entire encounter at Molineux before Origi smashed home from close range, and Klopp has now paid a fitting tribute to the striker.

Speaking after the 1-0 win, Klopp said: “Divock Origi is a legend. People will write books about him, hopefully. If not then I’ll do it.”

Origi’s strike at Molineux was his fourth goal of the season in all competitions, as well as his second from three appearances in the 2021-22 Premier League campaign.

The Reds have now leapfrogged into second in the Premier League table – one point behind new leaders Manchester City.