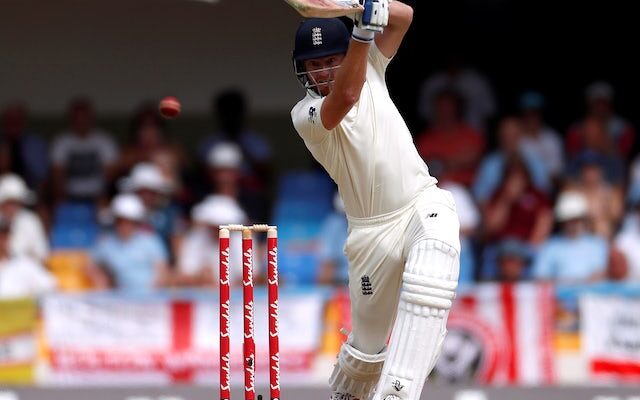 Jonny Bairstow has spearheaded an England fightback in the fourth Ashes Test, hitting an unbeaten 103 to ensure that his team avoided further embarrassment in the series.

Resuming on 13-0 in reply to Australia 416-8 declared, England were quickly reduced to 36-4 after the morning session had been delayed, Joe Root being removed for a seven-ball duck along the way.

However, Bairstow, along with Ben Stokes, put on 128 for the fifth wicket, the pair playing through the pain barrier before Stokes was removed for 66 off 91 balls.

While the all-rounder was nursing a side strain, Bairstow was hit on the thumb early in his innings, but that did not prevent the recently-recalled batsman showing the middle-order mettle that England have been lacking all series.

Instead of it being shown alongside Jos Buttler, who like Root went cheaply without troubling the scorers, it was Mark Wood who provided the support, the bowler hitting three sixes on the way to an entertaining 39 off 41 deliveries.

Nevertheless, Bairstow was able to close the day in fitting style, bringing up his seventh Test ton with his eighth four of the innings, ending the day on 103* with England on 258-7 and trailing Australia by 158 runs with two days remaining.