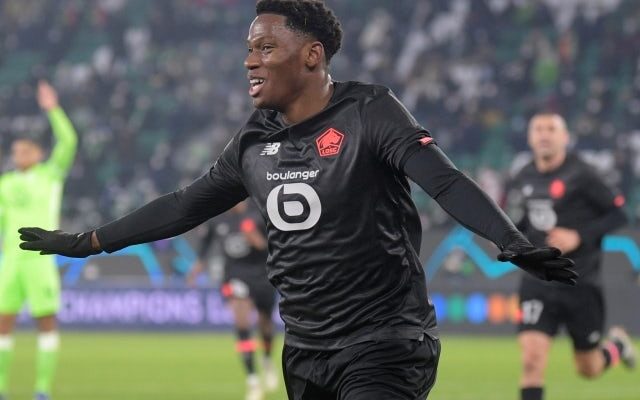 The agent of Lille striker Jonathan David has revealed that his client will leave the Ligue 1 outfit in the summer of 2022 and has stated that a move to the Premier League would be a “good option”.

The 21-year-old has enjoyed an impressive spell in front of goal this season, netting 15 times in 26 appearances across all competitions.

David is believed to have attracted interest from English quartet Arsenal, Liverpool, Tottenham Hotspur and West Ham United, though the Canada international’s agent Nick Mavromaras has also suggested that a move to Spain will be considered.

Speaking to Radio Canada, Mavromaras said: “For us, the goal is to finish the season in Lille, but it will be his last season there for several reasons. I think the Premier League is a good option for him.

“I think that he likes Spain a lot also because he likes the feeling of the ball and the very technical players. These two leagues are a big priority for him, but nothing is excluded.”

Mavromaras also stated that he is unsure as to what Lille’s valuation of David is at present, but believes the striker is “one of the best young footballers in the world”.

“I can’t say the price today. It’s down to Lille. But in the end, that’s football. Jonathan isn’t going to show it, but he knows he is one of the best young forwards in the world,” Mavromaras added.

“There’s also Erling Braut Haaland who could cost between €75m and €100m… If you want to be part of that list, you have to learn to manage the pressure.”

David has scored 28 goals in 74 appearances for Lille and has also recorded 18 strikes in 24 international matches for Canada.