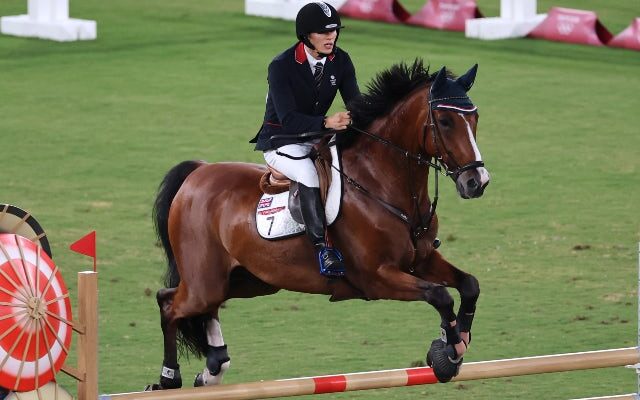 Tokyo 2020 Olympic gold medallist Joe Choong is fearful that changes to the modern pentathlon could spell the “end of the sport”.

Earlier this month, it was confirmed that showjumping would cease to be a part of the event after Paris 2024 after problems during the Tokyo Games, with a German coach being thrown out for punching a horse.

However, Great Britain‘s Choong – who became Olympic champion in the event in Japan – acknowledges the issues that athletes faced this summer, but the 26-year-old fears for the future of the “historic” sport.

Speaking to BBC Points West, Choong said: “It is such a historic sport and without the riding we lose all of that history, and then what do we become?

“We’ve already had a foot out the door for the last few cycles and I’m really worried that this could be a trap we fall into – and this could be the end of the sport itself.

“Horse riding 100% has a place in modern pentathlon. As athletes we know that there were problems and we want to change them, we just want to be given the chance to go to the UIPM and speak to them and present these ideas.

“The UIPM (International Modern Pentathlon Union) just turned a blind eye and now, having done nothing for 20 years, they realise we have a big problem and they think the easiest way to solve it is to remove it completely. I haven’t spoken to a single athlete, retired or current, that actually supports this decision from around the world.”

UIPM president Klaus Schormann has affirmed that a new event for the modern pentathlon has already been decided, but it will not be cycling, which was thought to be the favourite to replace showjumping.