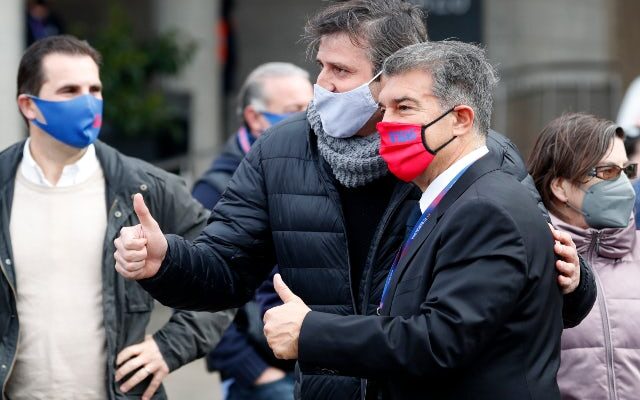 Barcelona president Joan Laporta reportedly told supporters of the Catalan club that three new players will be arriving at Camp Nou during the January transfer window.

Xavi has been confirmed as Barcelona’s new head coach, and the Spaniard is expected to be given funds to improve the squad at the turn of the year despite the club’s financial issues.

The Catalan giants are allegedly determined to bring a new striker to the club following the news of Sergio Aguero‘s three-month absence, while a new central midfielder could also be targeted.

According to TV3, Laporta told supporters in a dinner with fan clubs in Galicia that the team will make three signings during the January transfer window.

Barcelona, though, will need to move players on in order to make room in the wage budget, with Philippe Coutinho believed to be among those available for purchase.

The club are allegedly in talks with former Villarreal striker Cedric Bakambu over a move to Camp Nou in January, with the 30-year-old’s contract at Beijing Guoan set to expire in December.