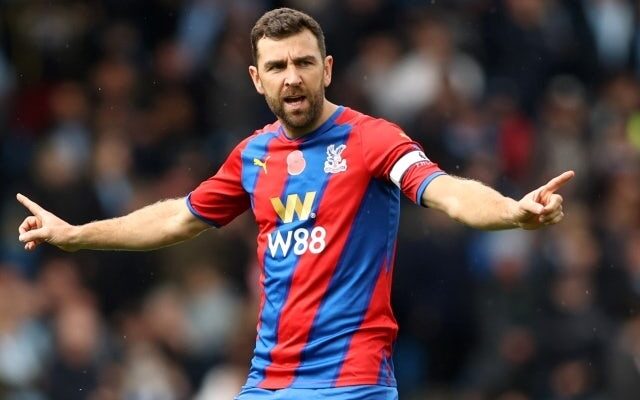 James McArthur is reportedly set to extend his current Crystal Palace contract in the near future.

The assistant captain has been a regular within the squad this season, having made 11 appearances so far in the Premier League.

McArthur has featured in a midfield three with Conor Gallagher and Cheikhou Kouyate throughout the campaign, with Patrick Vieira placing his faith in the experienced footballer.

The 34-year-old is now expected to extend his contract with the Eagles as the new manager sees it as a reward for his efforts, according to London World.

McArthur’s current deal with the club is set to end this season, meaning if he does not put pen to paper on a new deal he shall be available to leave for free.

After missing the recent 3-3 draw with Burnley due to injury, it is unclear whether or not the midfielder will feature this weekend when the Eagles face Aston Villa.