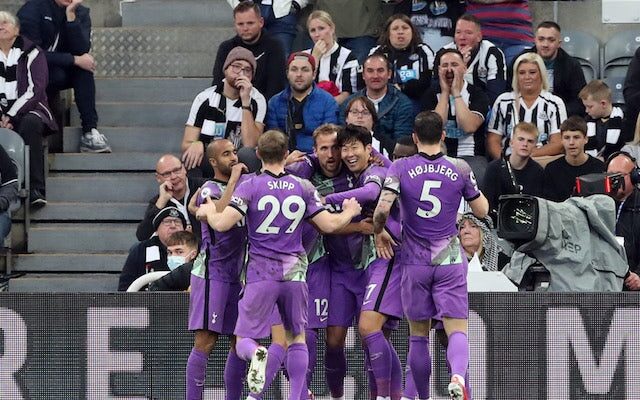 Tottenham Hotspur manager Antonio Conte has no fresh injury concerns to work around for Sunday’s Premier League clash with Everton.

The Lilywhites are expected to remain without Bryan Gil and Ryan Sessegnon for the time being, but neither man would have been likely to feature from the first whistle here.

Spurs saw Cristian Romero sent off in the Europa Conference League win over Vitesse, but the Argentine is available to take his place in Conte’s back three this week.

Romero could once again link up with Eric Dier in defence, but given the quick turnaround, Davinson Sanchez will hope to come into contention to replace Ben Davies.

Emerson Royal and Sergio Reguilon are set to hold their places in the wide positions, while Harry Winks enjoyed an impressive midweek cameo but may lose out to Pierre-Emile Hojbjerg and Oliver Skipp once again.

Son Heung-min, Lucas Moura and Harry Kane all bagged a goal or assist in the win over Vitesse, with the latter aiming to build on a hot streak of 11 goals from 12 Premier League encounters with Everton.