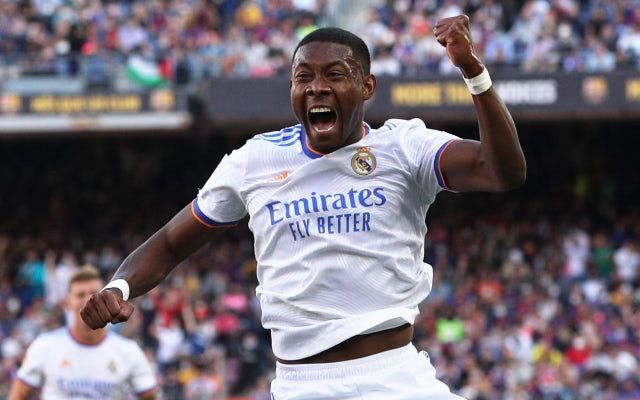 Real Madrid are sweating on the fitness of David Alaba ahead of Sunday’s La Liga clash with Sevilla.

Alaba suffered a knee injury in the second half of Wednesday’s Champions League clash with Sheriff Tiraspol, which led to his withdrawal in the 65th minute.

Nacho is in line to replace the Austria international at the back, while Los Blancos will also be missing Dani Ceballos and Gareth Bale for this weekend’s contest in the Spanish capital.

Eden Hazard could return from illness to make the squad, but the Belgium international is not likely to be considered for a start, with Rodrygo set to join Vinicius Junior and Karim Benzema in the final third of the field.

Federico Valverde is nearing a return from a muscular problem, but the Uruguay international is not expected to start, with Toni Kroos, Casemiro and Luka Modric set to continue in midfield.

Lucas Vazquez and Marco Asensio are among those pushing for spots in the side, but it seems likely that both players will start the contest on the bench.

Aside from Alaba, it could be the same team that impressibly beat Sheriff 3-0 in the Champions League, with Dani Carvajal and Ferland Mendy continuing in the full-back positions.