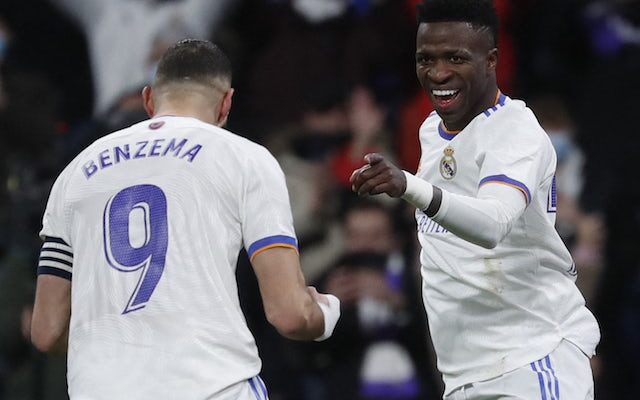 Real Madrid are hopeful that Karim Benzema will be able to start Tuesday’s Champions League last-16 first leg with Paris Saint-Germain in the French capital.

Ferland Mendy has been declared fit following a hamstring problem, but the Spanish side are still sweating on the fitness of Benzema, who has missed the team’s last two La Liga matches.

The centre-forward will travel to Paris and is believed to be winning his battle to be available from the start, but head coach Carlo Ancelotti has insisted that he will not take any chances when it comes to the Frenchman.

With Mendy returning to the side at left-back, there are not expected to be many surprises, with Toni Kroos and Luka Modric set to line up alongside Casemiro in a midfield three.

Vinicius Junior is also a certain starter in the final third of the field due to his form during the 2021-22 campaign, with the Brazilian netting 15 times and contributing 10 assists in all competitions.

Ancelotti has a big decision when it comes to the right side of the attack, though, with Marco Asensio seemingly in charge of that position for the moment.

Rodrygo, Eden Hazard and Gareth Bale are also options to feature on the right, while it is not out of the question that Los Blancos could field Federico Valverde as an extra midfielder, with Vinicius and Benzema potentially starting as the front two.