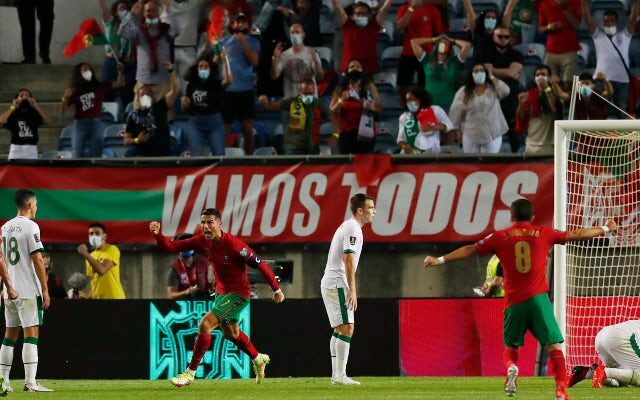 Portugal manager Fernando Santos will be forced to work around Nuno Mendes‘s suspension for Thursday’s World Cup 2022 Qualifying battle with the Republic of Ireland.

The Paris Saint-Germain left-back picked up his second booking of qualification in the win over Luxembourg and will take his place on the naughty step at the Aviva Stadium.

Having featured as a left-back for Manchester City to great effect this term, Joao Cancelo is therefore expected to get the nod on that side as Diogo Dalot earns a start on the right.

Goalkeeper Anthony Lopes will play no part due to injury but was not expected to displace 100-cap Rui Patricio, who ought to be protected by Pepe and Ruben Dias once again.

Santos will likely be forced to field his strongest XI twice in quick succession ahead of Sunday’s meeting with current group leaders Serbia, as Joao Palhinha takes his place in the number 6 role.

Joao Moutinho and Bruno Fernandes will both reprise their roles in midfield if that is the case, although Renato Sanches is another option for the visitors to Dublin.

Bernardo Silva and Diogo Jota should act as Santos’s first-choice attackers to support Cristiano Ronaldo, whose late heroics against Ireland in September saw him become the highest goalscorer in the history of men’s international football.