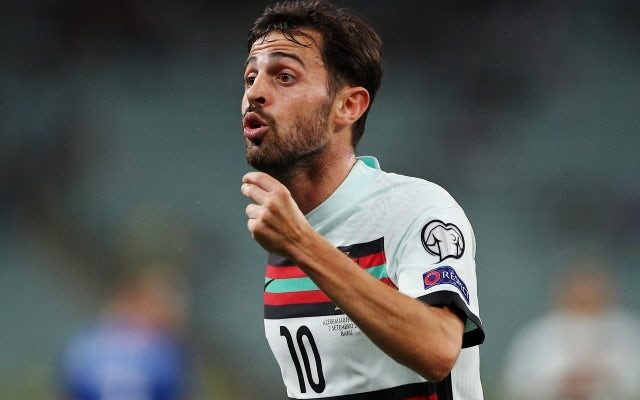 Manchester City attacker Bernardo Silva missed out against the Republic of Ireland on Thursday through injury, but he is expected to be available for this match and should start.

Ruben Dias, Joao Cancelo and Diogo Jota were unused substitutes on Thursday, as Santos took the opportunity to rest the key trio, but all three will return to the XI for this match.

The home side will be without the services of Pepe, though, following his red card against ROI, so there could be another start in the middle of the back four for Danilo Pereira, although the experienced Jose Fonte is also pushing to be involved alongside Dias.

Paris Saint-Germain’s Nuno Mendes is also available after missing out on the goalless draw on Thursday through suspension, and he could come into the side at left-back, with both Nelson Semedo and Diogo Dalot dropping out.

Santos might also decide to make a change in the middle of the park, with Joao Moutinho potentially coming in for Matheus Nunes to join Bruno Fernandes and Joao Palhinha as part of a midfield three.

Cristiano Ronaldo played the full 90 minutes against the Republic of Ireland but will be ready to go again here, with Andre Silva and Goncalo Guedes likely to drop out to allow Bernardo Silva and Jota to join the Manchester United forward in attack.