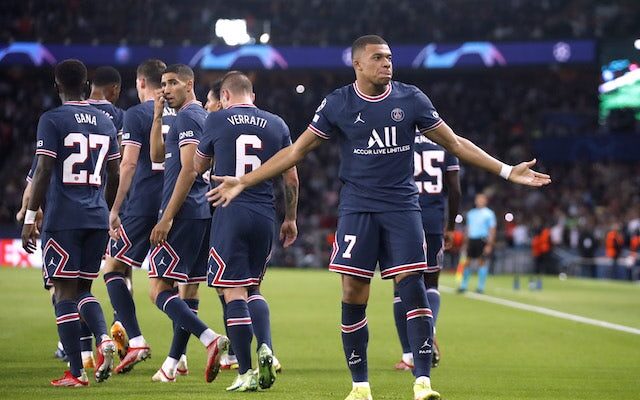 Paris Saint-Germain boss Mauricio Pochettino has big calls to make over Lionel Messi and Neymar for Saturday’s Ligue 1 encounter with Nantes at the Parc des Princes.

Messi had been dealing with hamstring and knee pain before coming through the international break unscathed, while his Brazilian counterpart missed the goalless draw with Argentina due to an adductor problem.

Pochettino is reportedly preparing to rest Neymar ahead of the trip to Manchester City in the Champions League and may do the same with Messi, as Angel Di Maria prepares to take his compatriot’s spot on the right.

Neymar’s possible absence coupled with Julian Draxler‘s muscular problem could see Kylian Mbappe shifted out to the left, allowing Mauro Icardi to earn a rare start at the forefront of the attack.

Rafinha is dealing with hip pain but was unlikely to come into contention for a start, while Marco Verratti is back in training but is unlikely to be risked, with Idrissa Gueye, Ander Herrera and Georginio Wijnaldum forming a solid midfield.

Abdou Diallo missed the recent win over Bordeaux due to coronavirus but is expected to be fine for this game, although Juan Bernat should be deemed fit enough for another start as Colin Dagba displaces Achraf Hakimi on the right.

There is also optimism over the fitness of Sergio Ramos as he bids to finally make his PSG debut, but the Spaniard would surely only be considered for a substitute appearance, while Presnel Kimpembe is set to remain absent with a hamstring problem.

As a result, Marquinhos and Thilo Kehrer should form the defensive pairing in front of Gianluigi Donnarumma, who is still having a hard time demoting Keylor Navas to the bench.