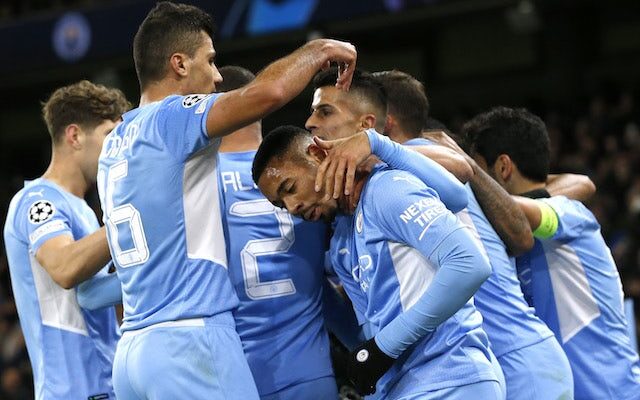 The Citizens are already without Ferran Torres until 2022, while Kevin De Bruyne is working his way back from coronavirus infection and would surely only be on the bench even if he is passed fit.

Phil Foden and Jack Grealish are also nursing knocks and remain doubts, so the stage is set for Gabriel Jesus to earn a deserved start after claiming a goal and assist against Paris Saint-Germain in midweek.

The Brazilian has largely been used out wide this term but could now act as the focal point of the attack – with Cole Palmer dropping down to the bench – as Raheem Sterling and Riyad Mahrez hold their places.

An unchanged midfield ought to see Rodri, Ilkay Gundogan and Bernardo Silva all reprise their roles, with the latter moving back into the engine room after Oleksandr Zinchenko was handed a start in the Champions League.

Aymeric Laporte will expect to displace John Stones in the heart of the City defence alongside Ruben Dias, and Guardiola is unlikely to ponder changes in the full-back areas as Joao Cancelo and Kyle Walker start again.