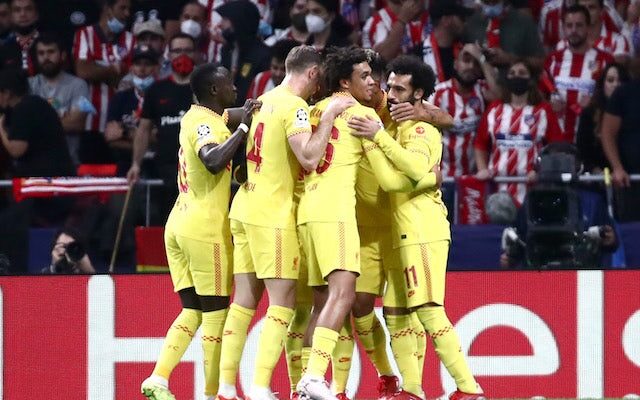 Liverpool manager Jurgen Klopp once again has a midfield injury crisis to work around for Wednesday’s Champions League Group B clash with Atletico Madrid.

The Reds are certain to be without James Milner and Harvey Elliott, while Naby Keita is also not expected to feature after pulling up with a hamstring problem in the weekend’s draw with Brighton & Hove Albion.

Fabinho and Thiago Alcantara have not been ruled out of this battle but are still classed as major doubts, and the duo’s absence would force Klopp’s hand in midfield for the visit of Atletico.

Jordan Henderson and Curtis Jones may have started either way, and the final spot should be filled by Alex Oxlade-Chamberlain if none of the injured quintet make it back in time.

Further back, Ibrahima Konate has started to make a name for himself in the Premier League, but it would not be a surprise to see Joel Matip return alongside Virgil van Dijk this week.

Mohamed Salah and Sadio Mane should reprise their regular spots on the wings, while Diogo Jota can feel optimistic about his chances of starting up top over Roberto Firmino.