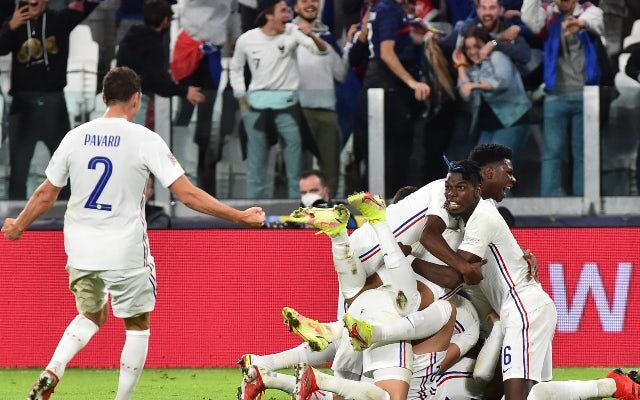 Pogba pulled up with a thigh injury after taking a shot in a training session, while Varane is recuperating from a hamstring issue sustained against Atalanta BC in the Champions League.

Roma’s Jordan Veretout has taken Pogba’s place in the squad, and Presnel Kimpembe is also absent due to injury, with Clement Lenglet being called up to replace the Paris Saint-Germain centre-back.

Varane’s absence ought to give Dayot Upamecano or Kurt Zouma the chance to start alongside Lucas Hernandez and Jules Kounde, with the former potentially just edging out the West Ham United man.

Theo Hernandez should be given the nod at left-wing back to start alongside his brother, as Benjamin Pavard prepares to occupy the opposite flank.

N’Golo Kante will likely start this game before a potential rest against Finland, and Pogba’s absence should see Aurelien Tchouameni handed another start after impressive displays in the Nations League Finals.

Antoine Griezmann chalked up a century of appearances for Les Bleus last month and should once again support Karim Benzema and Kylian Mbappe – the latter of whom is seeking his 20th goal for the national team – in attack.