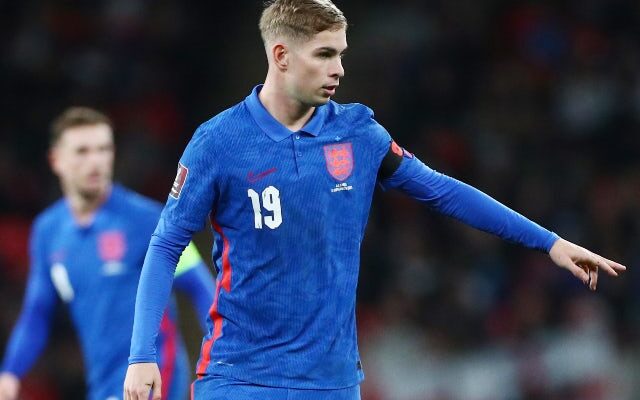 The Three Lions are only a point away from sealing first place after putting Albania to the sword with five first-half goals at Wembley, and Southgate will be expected to alter the majority of his XI even with qualification not yet in the bag.

Luke Shaw and Mason Mount have not been ruled out of this contest but are unlikely to be risked by Southgate, who will receive plenty of calls to hand Aaron Ramsdale his debut in goal.

Harry Maguire may hold his place in the three-man rearguard as Conor Coady and Tyrone Mings join him, while Trent Alexander-Arnold can expect to come in on the right flank.

With Southgate’s midfield options depleted, Jordan Henderson is in line to earn another start as Jude Bellingham displaces Kalvin Phillips, and Ben Chilwell is the only realistic option for the left-wing back role.

Bukayo Saka is more than capable of filling in there but may be selected to start further up the pitch, but his teammate Emile Smith Rowe – who made his debut off the bench against Albania – could just lose out to Jack Grealish for a start on the left.

Despite his Tottenham Hotspur troubles, Harry Kane‘s hat-trick on Friday was an indication of his permanent quality, but Tammy Abraham will hope to feature from the off this time around.