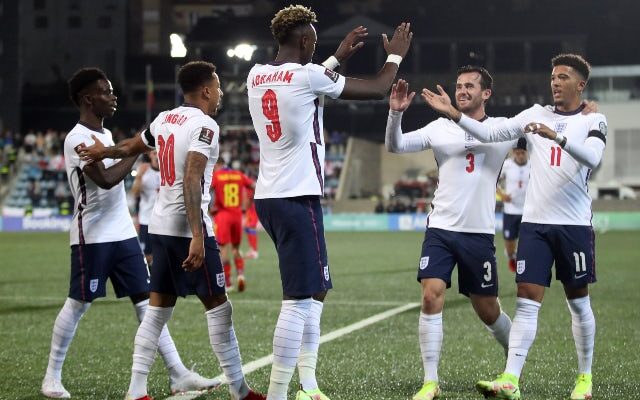 The Three Lions have seen Marcus Rashford and James Ward-Prowse withdraw from the squad in recent days, allowing Emile Smith Rowe to link up with the senior team for the very first time.

Mason Mount and Luke Shaw are not expected to make the cut for this game either, as Southgate works around somewhat of a depleted squad for Friday’s encounter.

Jordan Pickford will start in goal despite calls for Aaron Ramsdale to become England’s number one, while Kyle Walker and Ben Chilwell ought to occupy the full-back areas this week.

Harry Maguire and John Stones have not set the world alight domestically this term but should form the centre-back pairing for the Three Lions, as Kalvin Phillips returns to partner Declan Rice in the middle.

Phil Foden is sure to feature from the off while Mount recovers from dental surgery, and Manchester City duo Jack Grealish and Raheem Sterling are unlikely to drop out despite struggling for performances domestically.

Talisman Harry Kane is another Three Lions stalwart enduring a nightmare Premier League season, but there is virtually no chance of Southgate dropping his captain.