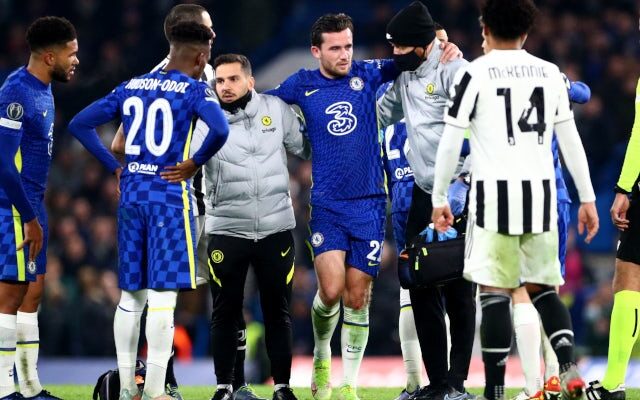 The Blues lost Ben Chilwell to suspected ACL damage in the Champions League win over Juventus, while the luckless N’Golo Kante also failed to complete the first half of that encounter due to a knee problem.

There are fears that Chilwell’s injury could sideline him for several months, and while Kante’s issue is not thought to be as serious, he is highly unlikely to be ready for this fixture.

Mateo Kovacic‘s thigh problem had already depleted Thomas Tuchel‘s options in midfield, where Ruben Loftus-Cheek will hope to edge out Saul Niguez for a start alongside Jorginho.

Marcos Alonso will benefit from Chilwell’s absence on the left as the ever-impressive Reece James holds his place on the right, and Trevoh Chalobah can feel confident of reprising his role in defence alongside Thiago Silva and Antonio Rudiger.

Cesar Azpilicueta may therefore have to make do with another spot on the bench, and further up the pitch, Kai Havertz remains a doubt after missing the Juventus win with a thigh problem.

Mason Mount and Callum Hudson-Odoi will likely hold their places as Romelu Lukaku – who boasts just three goals in 11 Premier League clashes with his old club – spearheads the charge.