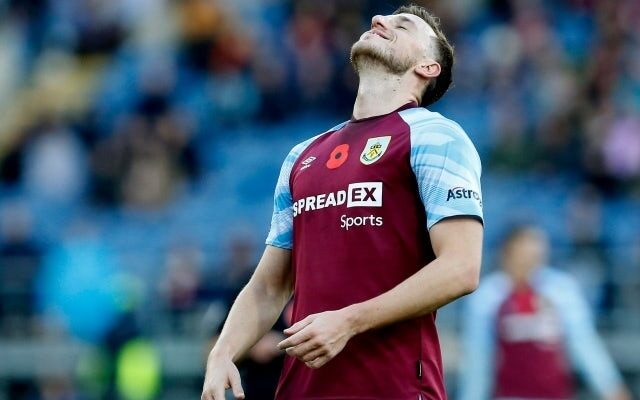 Burnley will be missing two key players due to suspension this weekend when they face Tottenham Hotspur in their next Premier League fixture.

Both James Tarkowski and Ashley Westwood will be unavailable for the Clarets this Sunday, which will force Sean Dyche into making some changes to his starting lineup.

Burnley will likely stick with their traditional 4-4-2 formation and changes will simply be made to personnel in order to keep the structure the same against Antonio Conte‘s squad.

Nathan Collins could be brought in to accompany Ben Mee as the central defenders with Matthew Lowton and Charlie Taylor on either side of them as the full-backs.

While in the midfield it could be Jack Cork who steps in to play alongside Josh Brownhill, with his Premier League experience being called upon.

Chris Wood will provide his usual aerial threat at the top of the pitch and he will likely have Maxwel Cornet next to him after both men got on the scoresheet last weekend.