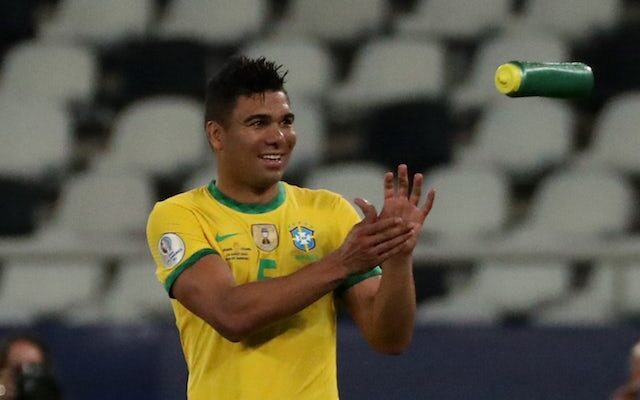 Brazil boss Tite will have to work around Casemiro‘s suspension for Tuesday’s World Cup 2022 Qualifying battle with Argentina in San Juan.

The Real Madrid man picked up his second yellow card of qualification in last week’s win over Colombia, which confirmed the Selecao’s spot in next year’s tournament in Qatar.

Internacional’s Edenilson has been called up to the squad in Casemiro’s place, but Fabinho is the more likely option to deputise in the number six role for this mouth-watering battle.

Even with qualification assured, Tite is unlikely to consider many changes for such an important battle, although Gerson ought to have a strong chance of replacing Fred in the middle.

Lucas Paqueta is sure to hold his place in the engine room after scoring the goal that sent his side to Qatar last week, while Vinicius Junior may just miss out on a place in attack over Raphinha, Gabriel Jesus and Neymar.

Marquinhos and former Paris Saint-Germain teammate Thiago Silva should form part of an unchanged four-man defence, but it would not be a surprise to see Ederson displace Alisson Becker in between the sticks.