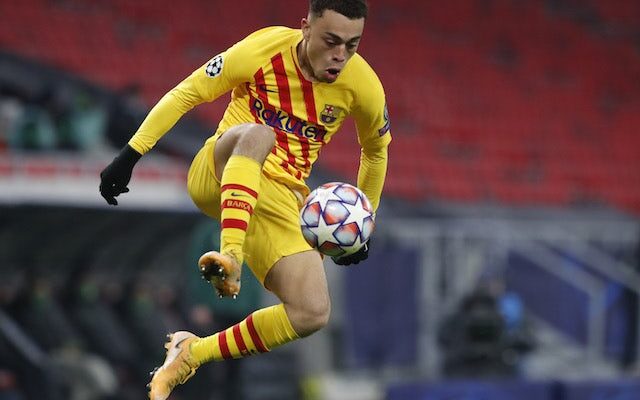 Barcelona boss Xavi has played down the injury concerns of three players ahead of Tuesday’s Champions League Group E battle with Benfica.

The ex-Catalan midfielder saw his reign kick off with a 1-0 win over Espanyol at the weekend, during which Oscar Mingueza, Nico Gonzalez and Sergio Busquets all had to come off the field.

Mingueza and Busquets suffered cramp and calf discomfort respectively but should be fine for this encounter, although Gonzalez’s sprained ankle makes him more of a doubt.

With Ronald Araujo fit enough for a substitute outing against Espanyol, the Uruguay international is now a strong candidate to replace Eric Garcia alongside Gerard Pique in the heart of defence.

Busquets is likely to join Frenkie de Jong and Gavi in midfield if he shakes off his calf issue in time, with Pedri reportedly facing the prospect of no football until 2022 due to injury.

Teenagers Ilias Akhomach, Yusuf Demir and Ez Abde all earned minutes against Espanyol, but Sergino Dest has returned to full training and could occupy the right-wing spot with Ansu Fati and Ousmane Dembele still out.

Such a move would allow Philippe Coutinho to return on the left, as Memphis Depay leads the line after Xavi was forced to deny stories claiming that Sergio Aguero has chosen to retire due to heart problems.