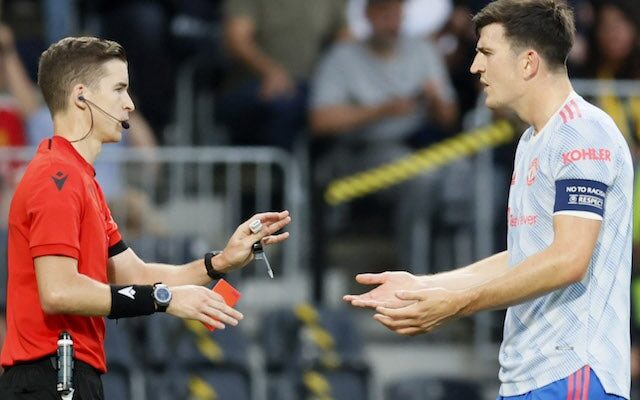 The Red Devils captain played the full 90 minutes against Burnley on Thursday night but is believed to have picked up an issue during his side’s 3-1 win at Old Trafford.

Maguire was not pictured with the Man United squad on Sunday, and according to The Athletic, the England international is injured for the match against Wolves.

Victor Lindelof is also out, as he continues to recover from coronavirus, meaning that Phil Jones or Eric Bailly could start alongside Raphael Varane in the middle of the back four.

Nemanja Matic could also be considered for a spot in central defence, but Varane is expected to start after being rested from the start against Burnley, having only just returned from injury.

Maguire, who has faced criticism for his performances this season, has made 20 appearances for the Red Devils during the 2021-22 campaign, including 16 outings in the Premier League.