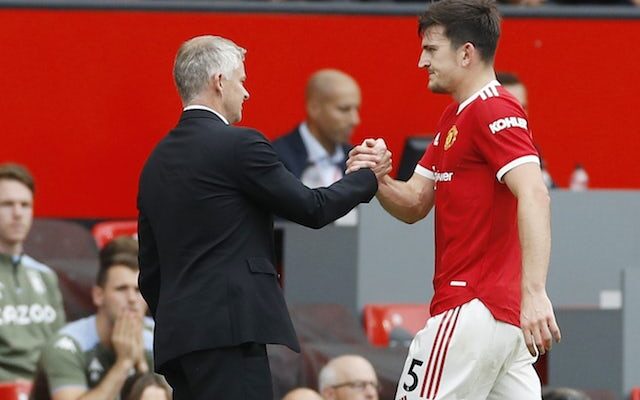 Manchester United captain Harry Maguire has insisted that the club’s players “need to take responsibility” for what has been a poor first half to the 2021-22 campaign.

Maguire, who was sent off in Saturday’s 4-1 loss at Watford, has said that the club’s players are “so disappointed” with Solskjaer’s exit and must “take a big responsibility” for the events that have unfolded.

“The players need to take responsibility. We are in this together. Ultimately the manager has paid the price, we are all so disappointed by that. We know we haven’t been good enough. We have spoken about that. The lads want to succeed,” Maguire told reporters.

“It has been a very hard time as players. The amount of respect we had for the boss. We’ve been on a journey together. For him to come in and talk to us yesterday it was tough.

“The result on Saturday wasn’t good enough but the results of recent have not been good enough. Ole has paid the price and we have to take a big responsibility too.”

Maguire will travel with the Man United squad for Tuesday’s Champions League clash against Villarreal but will be suspended for the Premier League match against Chelsea on Sunday.